So you have to tow something behind your vehicle. Maybe you’re moving, maybe you’re taking a boat out for a fishing trip, or maybe it’s a camper or an RV. Either way, if you’re hauling something, you should know something about ST tires. Well, as always, we’re here to help, so let’s talk about what makes an ST tire special.

What is an ST tire?

ST stands for Special Trailer and, as you can probably guess, they’re tires designed specifically for trailers. Unlike regular tires, these are made to be towed. They’re generally constructed from more durable materials and they have a thicker sidewall than tires designed for drive positions. In other words, you wouldn’t want to put one of these on the front of your car. However, they’re great for being pulled along (you just don’t want them leading).

You see, trailer tires are designed to handle a heavier vertical load, which means their sidewalls are a lot thicker than passenger tires. Their overall construction is generally pretty robust. This is great for trailers, because it cuts down on swaying but also makes sure they can withstand more weight coming right down on them. Think about it: if you load a boat on a trailer, what’s going to happen if the sidewall is flexible? They’ll squish way too much!

ST tires are also usually designed with a higher operating pressure, which lets them carry more vertical weight. Their traction is also not designed for a driving position, but it’s just right for keeping your trailer on the road and maneuverable.

There are a few different types of construction for ST tires:

Bias vs. Radial: How to choose

Deciding which construction to get isn’t really about which one is the best, it’s about finding out which is best for the job. The fact is both constructions have their uses and benefits. Really, depending on the application, either one can work for you, but you can’t stick one of each on your trailer and hope for the best. So how do you know?

Well to decide it’s best if you know a bit about how the different constructions perform, so let’s take a look:

Bias Tires: The bias construction means that the whole body of the tire is more flexible, instead of just the sidewalls. This results in good traction and stability and tougher, more durable sidewalls. It also means the tread can more easily eject stones while driving, and they’re easier to repair if damaged.

This flexibility can also work against it, though, as bias tires tend to wear out faster. They also have an increased rolling resistance (which cuts down on fuel efficiency) and are more prone to flat spots. They’re also not great for high speeds, as they can lose their stability.

With this in mind, bias ply tires are best if you’re:

Radial Tires: The radial construction means that the sidewalls are more flexible than the tread area. The biggest advantage of this is a longer tread life, as less flexing means less heat buildup. This also means you can drive faster. They’re more easily controlled and have a lower rolling resistance, making them more fuel efficient, and the stabilized tread area also makes for a smoother ride.

Just as the bias tires, though, these have their disadvantages. For one thing, they’re going to be more expensive. For another, they’re not great at rougher terrain and they’re harder to repair if damaged.

So radial tires are best if you’re:

Once you figure out which works best for you, it’s pretty easy to find out how your tires are constructed. Radial tires all have an R in their size, usually right before the rim size (for example 205/75R15). If they don’t have an R, they’re bias tires. It’s also worth noting that radial ST tires are mostly going to be name brand. If they’re budget brand, it’s pretty likely that they’re bias ply.

So why can’t I just use an LT tire?

You’re probably wondering why you need special tires for your trailer when LT tires exist. Well, there are several reasons, the main one being they’re made differently. You see, while LT tires are designed to handle heavier loads, they’re still essentially a passenger tire. They tend to have more focus on traction and comfort, and they have way more flexible sidewalls by comparison to improve both handling and ride quality. However, this means that while they can handle heavier loads, they can’t necessarily handle trailer loads.

Not only will the vertical weight put a strain on LT tires, but they’ll also cause your trailer to sway. Trailers are taller than trucks generally are, which means their center of gravity is higher as well. This is why trailer tires have sidewalls that don’t flex as much. For one thing, they’re not worried about a comfortable ride. For another, if the sidewall flexes over every bump, that’s going to cause the trailer (with its high center of mass) to wave around like one of those tube men you see outside of stores (and that’s generally not something you want in a trailer).If you have an RV, however, LT tires might be a better option, but remember: you’re riding in it. As we talked about above, ST tires are made for towing, not for drive positions, so in a case like that where you need control and traction, LT tires could be an option. However, for a utility trailer or even an RV that’s towed behind your vehicle ST tires are definitely the better choice.

Now let’s talk about speeds. Just like regular tires, trailer tires have a speed rating. Some, like bias ply tires, may be rated to lower speeds than others, but generally the maximum speed is 65 mph. Going over this speed, especially for long periods of time, increases the stress and heat buildup on the tire, both of which will just increase the tire’s risk of failure. These tires were designed for towing, after all, not racing.

There are a few models that, under certain circumstances, can be used up to 75 mph. This usually involves inflating the tire to 10psi over its recommended cold inflation pressure. This, however, can only be done if the wheel allows for a pressure increase. If not, you’re stuck at 65 mph. It should also be noted that the increased pressure doesn’t increase the load carrying capacity of the tires, only their speed. You also can’t go up any higher than 10psi, so don’t think you can just increase it more if you want to go faster. Like I said, these aren’t racing tires.

ST Life Expectancy (and tips for improving it)

So how long to trailer tires last? Well just like regular tires, it depends. The industry recommendation is that you change your trailer tires every 3 to 5 years, but that’s assuming they’re in ideal conditions. There are a lot of factors that can cause them to fail or shorten their life, and to be honest a lot of these are user error. So let’s take a look at some of the main ones:

As you can see, a lot of these can be avoided with some common sense: mainly don’t overload your tires and pay attention to the manufacturer recommendations. But what about when your tires aren’t in use? Sitting for a long time can sometimes be just as bad. So, if your trailer’s going to be sitting for a while, here are some tips to keep your tires in shape:

Just like regular tires, ST tires will last longer with proper care and maintenance. Hopefully the information we’ve provided here will not only help you find the right ST tires for your trailer, but also get the most out of them. Because, while they’re durable, ST tires aren’t invincible, and understanding a little about how their made and how they work can save you some hassle. As the saying goes: a little knowledge goes a long way!

So why not use your newfound knowledge and shop our trailer tires?

Drive safe out there! 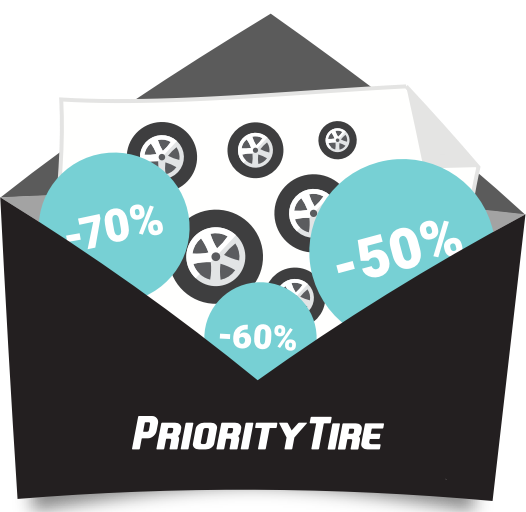