Officer Dan gives a new meaning to the term cross-country drifter. As he takes a tour of the U.S. taking part in drift week all across the country. This trip took Dan and his team from New Mexico to Florida in the span of three days.

The expedition set off from Albuquerque in the early morning and headed south. The first stop was The Musselman Honda Circuit for two days of drifting, which came out to about 40 laps on one set of  Mucho Macho tires! The team was stricken with some bad luck as the engine broke down and it required the team to speed back to Albuquerque to replace it. With some expert help, they managed to get this swap done in one night, but they would have some further misfortune as the transmission on The Dyno also needed to be replaced. As this is a crafty crew of drifters, they overcame all of these initial hardships and pushed on. 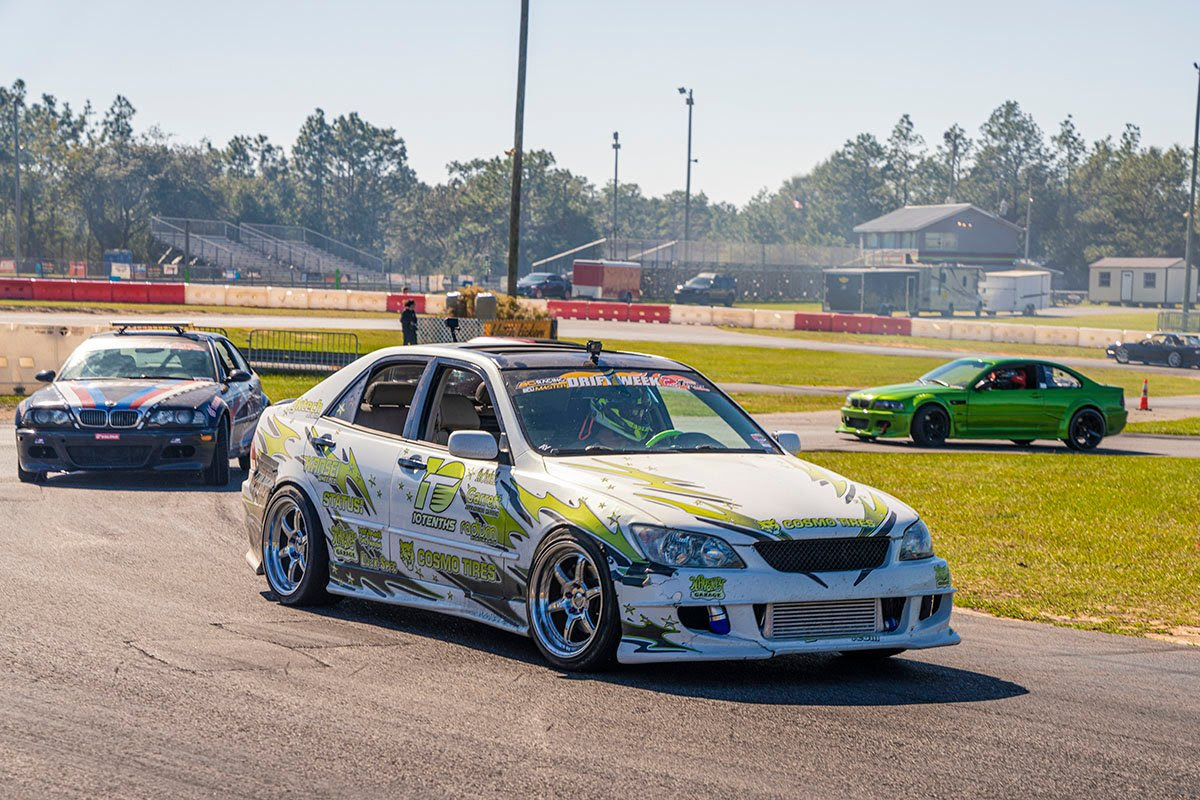 Next stop was Houston, Texas. It was 4 in the morning as the team arrived, only to take a quick power nap to rejuvenate after 24 hours on the highway before suiting up for some more high-octane drifting action. The  Speedsportz Racing Park was once again conquered on one set of tires. The race was eventful, as sometime during the race, the car lost the ability to utilize first gear and got bumped by an overzealous Corvette in the rear. These incidents forced the team to exit the race early to make the necessary repairs and move on to New Orleans.

Nola Motorsports Park’s main banquet hall was to serve as the team’s camp, as they once again arrived in the wee hours of the night. The boys managed to fit in a quick shower and rest before waking up too late in the morning, realizing they had slept through the driver’s meeting. Feeling as though they had lost some face by missing the meeting, the team hit the track with something to prove. This time would be the first time during drift week they would need to change sets of tires, as they revved up their engine hard enough to need a change after 25 laps. The night would see another encounter with the problematic Corvette, as they would collide once more during the race, smashing the team vehicle’s boost pipe. The race was fun, the boys managed to get a few tandems in and even with the damaged equipment the New Orleans chapter provided some classic drift week moments. Thanks to some savvy locals who happened to have a lift, the boost pipe was mended and the expedition pushed on to Alabama. 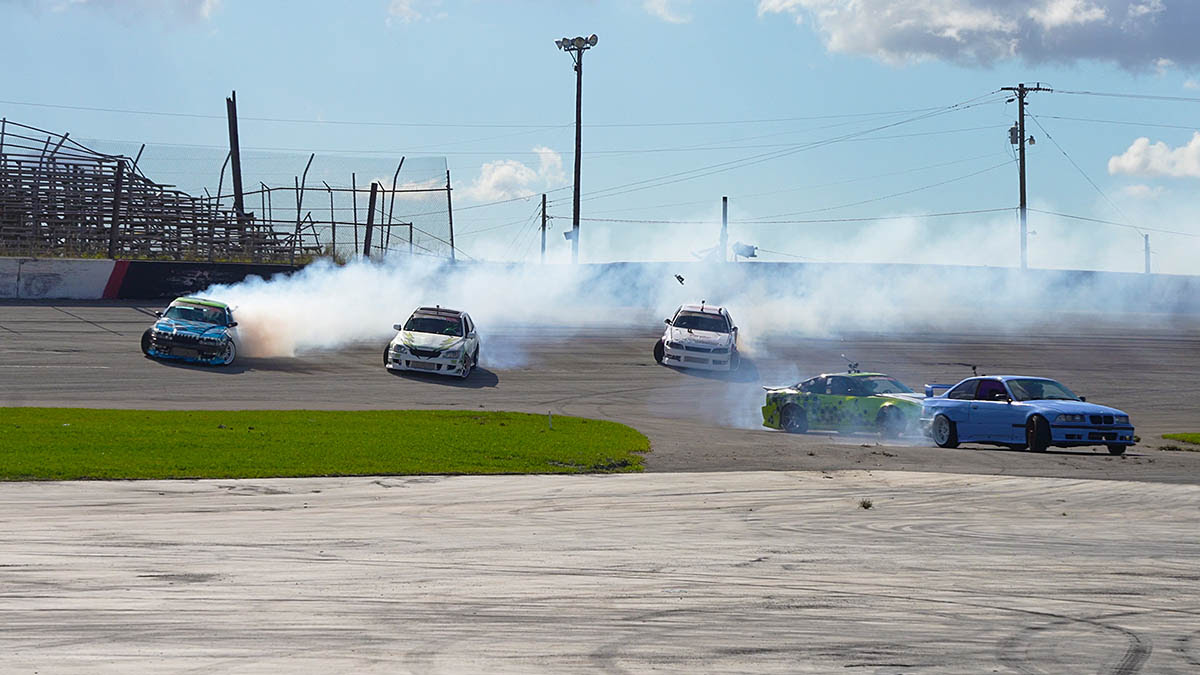 Arriving in Columbiana, Alabama around 3 am they still managed to get up at 8:30 to hit the track at MidPond Raceway & Events Complex. This particular race track is especially scenic and fun to drive. The team accumulated amazing footage and enjoyed perfect driving conditions, as once again the whole race was run on one set of tires! After many laps enjoying the race with fellow drifters Hert from Hoonigan and Adam LZ, the team would once again hit the highway for a 9 hour drive to  Florida’s Freedom Factory.

After arriving at around 8am the team was notified there would be a team tandem drift competition. Upon hearing this, a fresh set of Much Macho tires was mounted and the five-man team was poised and ready for action. Feeling like they’re in it to win it the team wanted the win aggressively, but again, misfortune had struck. The boost pipe that took a hit in New Orleans had blown off on entry! This resulted in a disappointing turn of events for the driver, as he was looking forward to enjoying a fresh track he had never driven on, and a loss on the team’s record. Once again it was time to pack up and drive 9 hours to the next destination.

Final stop, The first purpose-built drift track in the U.S. “Klutch Kickers'' in Holt Florida. The final day of drift week would not disappoint. Driving commences, tandem trains, smoky tracks…every team on the track was going for broke, everyone went through multiple sets of tires as they drove in an exciting, high-action fashion to close out drift week with a bang! In the end, fun was had by all and the team started their trek back to Albuquerque with the next drift week already racing around in their minds.

OK, added to your cart.